Why the European turboprop engine, with its advanced stage of development is a leap in performance quality and a game changer in the aviation sector.

The aviation industry, and more specifically the aeronautical propulsion sector, is by definition one in which research and innovation are the foundations of each technology, engine and whole aircraft may come to represent the edge of tech-development, thus putting this sector right at the forefront. And sometimes the forefront can turn into a revolution: for instances, when research begins with a blank sheet of paper on which a record number of innovations are brought together to create a breakthrough product.

This is certainly the case for the GE's Catalyst, the first clean-sheet turboprop engine design in the industry within the last 40 years, to enter the business and general aviation market segment. 100% European, the engine features 98 patented technologies and several parts are made using Additive Manufacturing (the first time such a high proportion have been seen in one engine). It also has the most complete certification process ever for a turboprop engine.

These are just some of the features of this engine, which targets to complete first flight of the engine on a King Air 350 Flying Test Bed and that recently completed the development for icing certification (special tests under extreme temperatures). Previously, the engine passed extensive testing, namely: altitude (reaching 41K feet in an altitude chamber), endurance, vibration, durability and ingestion tests, as well as tests on the integrated propeller controls. As of today, Catalyst has more than 1800 hours of combined operation and 10 engines assembled.

The Catalyst is also the first GE Aviation engine developed entirely outside the USA. Avio Aero led the development (out of the 300 GE engineers involved in Europe, 110 are from the headquarters in Rivalta di Torino), with the involvement of six European countries. An engine with a European passport, making it truly unique.

In addition to benefiting from such independence, technological growth and continental industrial capabilities, the European passport also offers another major advantage: export not subject to the ITAR (International Traffic in Arms Regulations). The Catalyst is an ITAR-free engine, i.e. not under US government control. The military variant of the Catalyst will only need to comply with Italian export regulations.

While the first engine will be delivered to Textron Aviation, the Catalyst is yet sparking a lot of interest in civil applications but it is also an excellent candidate for the military market (UAV, Trainers) in view of its technological characteristics and performance. It is precisely because of its possible military applications that significant European collaborations have emerged, including those with MT-Propeller and Aciturri. 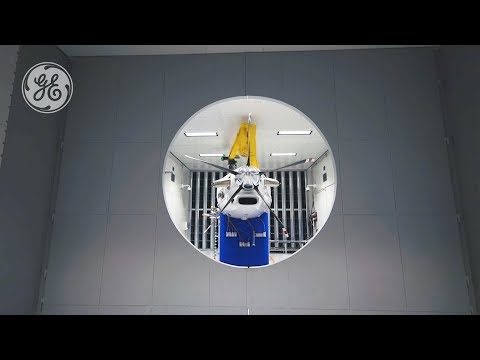 The first of these, signed in July 2019, sees Avio Aero and the German company cooperating in the military market with the aim of offering an integrated and optimized propeller-engine solution not subject to the US export regime.  Just last month, integration testing between the engine and the German propeller was successfully completed.

The second collaboration is based on a declaration of intent with the Spanish company based in Miranda de Ebro, which has expressed interest in collaborating in the production of some important components of the Catalyst, thus including Spain among the six countries most involved in developing this new European product, together with Italy, Germany, France, Poland and the Czech Republic, where GE Aviation's turboprop headquarters are located.

From a technical point of view, several features set the Catalyst engine apart from the other turboprops in the 1100-1300 hp range, including the FADEC (Full Authority Digital Engine Control) system, developed in the Avio Aero research laboratory in Bari. This gives joint control of the engine and propeller, allowing for a jet-like piloting experience and optimized performance at all flight speeds, with a reduction in fuel consumption of about 15-20% compared to the average. Also, the variable-geometry compressor, the cooled high-pressure turbine blades and a high compression ratio (16:1, the highest in its category) enable the engine to achieve 10 percent higher cruise power compared to competitor offerings in the same size class.

The FADEC system offers a jet-like piloting experience and optimized performance at all flight speeds, with a reduction in fuel consumption of about 15-20% compared to the average

These technological features allow the Catalyst to provide more power and optimized performance at height, also thanks to a reduced front section architecture that significantly reduces drag. The issue of efficiency is fundamental: the new cutting-edge technological structure saves about 15% on consumption compared to the segment average, allowing a 10% increase in payload and more than two hours of loiter time for a typical UAV mission.

In short, this is a revolutionary engine that has all the credentials to earn its place in the civil and military aviation hall of fame, both today and tomorrow.

Take Pride in us