The development of the most promising new generation turboprop engine, making extensive use of additive manufacturing, is conceived in Europe and is already hunting for records.

General Electric’s new 1,300 SHP-rated ATP (Advanced Turboprop, since last March 2018 officially renamed GE Catalyst) is the first entry in GE’s new family of turboprop engines aimed at Business and General Aviation aircraft in the 1,000-1,600 SHP range. The Advanced Turboprop engine will power the new Cessna Denali aircraft built from Textron Aviation, and GE Aviation has chosen Europe as the home for this incredible engine. The ATP is in fact an all- European project: its Design and Product Development Team is based in Italy, Poland, Czech Republic and Germany. The development activities are coordinated from the operations room in Rivalta while the assembly and test of the engine will be carried out in Prague. It was also recently decided that the additive manufacturing components related to the engine will be carried out in Brindisi where dedicated machines will be installed on site from 2018 and the first production activities will start between the end of 2018 and the beginning of 2019. ATP features an industry-best: 16:1 overall pressure ratio (OPR), enabling the engine to achieve a 15% lower fuel burn and 10% higher cruise power compared to competitor offerings in the same size class with better time between overhaul (TBO) and class-leading performance retention.

Some of the ATP’s advantages come from the use of additive manufacturing which simplifies the engine's design, with fewer parts and solutions not feasible with conventional technologies, resulting in a lighter, more compact engine. GE Aviation is a real pioneer of additive technology and has been working on this new technology over the last 10 years developing various components for new generation engines such as LEAP and GE9X, adopting processes including Electron Beam Melting and Direct Metal Laser Melting. ATP has gone much further: it is the first turboprop to include 3D-printed parts, 13 components, ranging from the combustion chamber to various structural elements, which have reduced the total number of parts in the engine by about 30%. Overall the benefits coming from additive manufacturing are extraordinary: a huge number of processes and inspections are eliminated, the risk of losses and leakages from joints are no longer there and manufacturing cost is reduced. “This is not a matter of simply replacing one production method with another, but of reinventing the way aviation engines are conceived and designed” said Giorgio Abrate, Avio Aero Engineering Leader. We should not forget that also the Italian Government is also considering additive manufacturing as one of the most important enabling technologies to address the aims and objectives pursued under the National Industry 4.0 Plan launched at the end of 2016. The Italian Ministry of Economic Development has undertaken actions to support Avio Aero's initiative in Brindisi as part of a broader and as more significant contribution to the digital transformation of the manufacturing industry in Italy.

The main Avio Aero responsibilities are Engine Systems, Control System and Software, Combustion System and both the Power and Accessory gearboxes. ATP Power gearbox is the first Avio Aero gearbox featuring an Additive Main Housing. Use of additive allowed the design engineers to explore design spaces which were not open before. “These include use of new alloys, just because some of the typical trade-off we were used to doing in the past (e.g. weight vs. cost) doesn’t’ exist now and new solutions can be found to win in both the two dimensions at the same time” claims Luca Bedon, Advanced Technology Engineering Leader for Avio Aero.

The ATP combustor has been designed by the Avio Aero engineers around a “reverse flow” configuration to minimize its length and to improve overall engine weight and installation. Also in this case additive has been proven to be a real game changer. In addition to the flexibility introduced in the mechanical and thermal design, additive gave the possibility to prototype and test a number of design concepts which the conventional manufacturing process would not allow within the program schedule. In this way our engineers were able to validate design experimentally, literally learning from each iteration.

The mechanical design of the 2-stage high pressure turbine (HPT) and the 3-stage power turbine (PT)  as well as the high pressure compressor (HPC) are carried out by the Engineering Design Center (EDC) located in Warsaw. They are supported by the Munich Aviation team which designed the HPC Aero, and by AvioAero which is responsible for aero design of both the turbines (HPT & PT). The Czech Team is responsible for the assembly, instrumentation, test and certification. 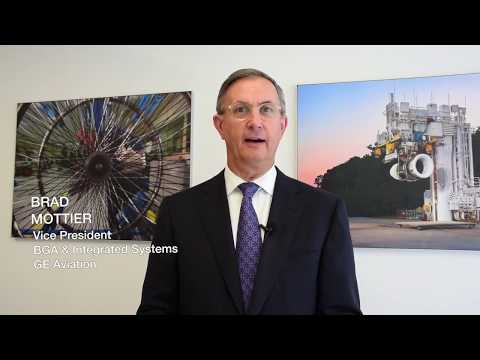 The Design and Product Development Organization implemented in Rivalta is combining all the modules design under development across the European sites. Avio Aero owns the whole engine performance and its integration with the FADEPC (Full Authority Digital Engine and Propeller Control) and the controls system is also developed there. The team is now working on subscale rigs demonstration campaign to confirm that the engine will operate as expected in preparation of the First Engine To Test (FETT).

The Digital Engine Controller, which represents the engine’s brain is not only controlling the turbomachine, but also the propeller blade pitch. This is a first for General Aviation engine and this capability allows the pilot to control propulsion through one lever only. “What we wanted to do was to bring a ‘jet-like’ experience to the cockpit: basically, making it easier for the pilot to fly the plane” commented Gordon Follin, Engineering leader for the ATP program. ATP can be awarded with another record: it will be the first “digital native” aviation engine because it was developed through Model Based Definition techniques.  Engineering is not issuing 2D drawings but 3D advanced models which are consumed downstream by Computer Added Manufacturing and Inspection. Moreover the FADEPC will enable advanced in service prognostics and Health Management allowing fleet analytics and smart management.

In addition, and conclusion, Avio Aero is autonomously leading, technically and commercially, all non-US military opportunities of the ATP. This allows to separate the commercial and the military environment, as well as to guarantee that the commercial version of ATP is not influenced by any military requirement. So far Avio Aero has received the interest and is involved in several military campaign for UAV (Unmanned Air Vehicles) as well as military trainers, in Italy, Europe, Turkey and India, and other opportunities are being explored.

A truly important development for Avio Aero: from modules and components to the entire engine.

The Diva inside everyone